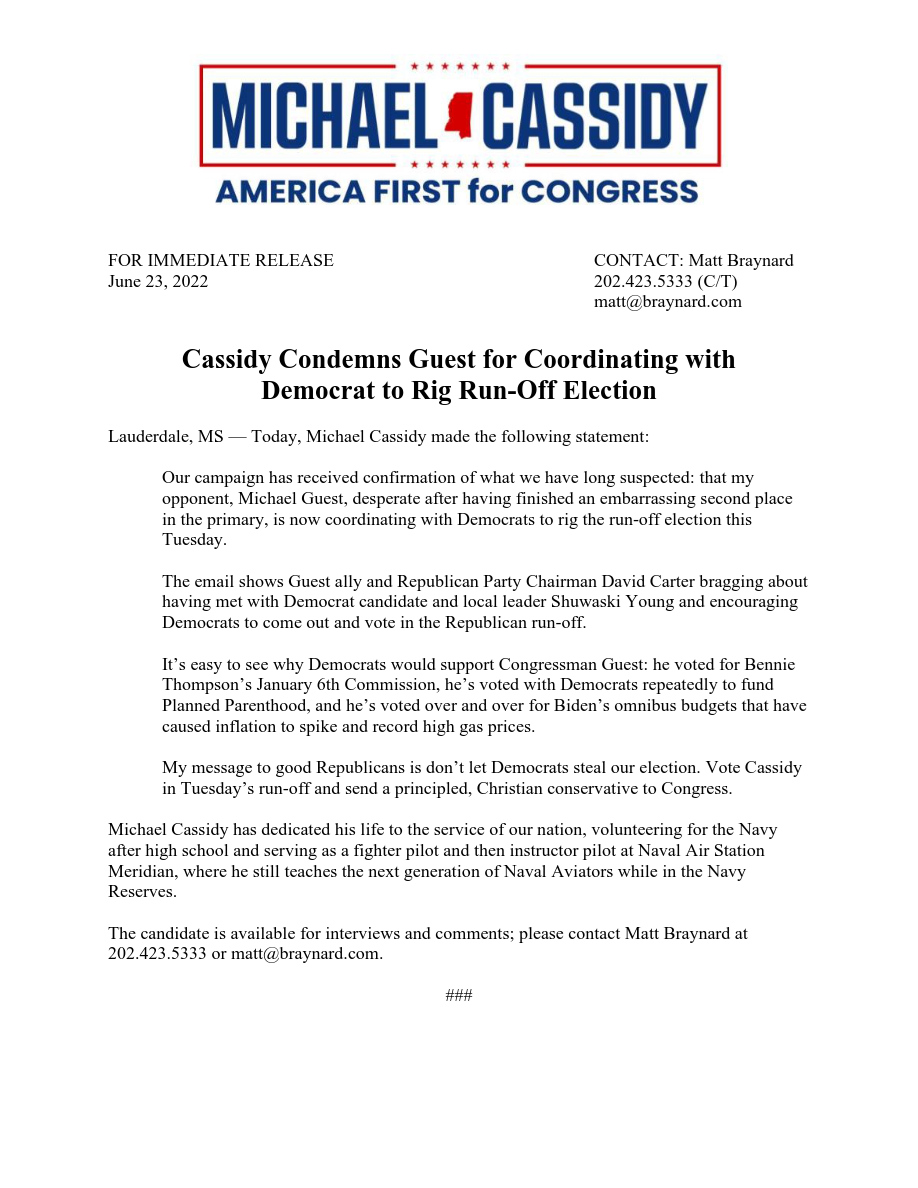 * My response to the Establishment's recent lies and misrepresentations: Cassidy_Response.docx *

My name is Michael Cassidy and I'm running for Congress in Mississippi's 3rd Congressional District. I'm a former Navy F/A-18 pilot and T-45 instructor pilot at Naval Air Station Meridian, where I continue to serve and fly in the Reserves. I'm a firm believer in America First, I'm pro-Trump, and I'm pro-American worker. I want to create a nation where traditional values are our guiding principle, and where Americans have the ability to safely raise a family and own a house without having to work multiple jobs. When elected I will hold the Establishment's feet to the fire on numerous America First issues, including election integrity and the removal of all COVID mandates and restrictions, and advocate for a Congressional Term Limit Amendment to the Constitution. I will also never give a dime of taxpayer money to the nation's largest abortion provider, Planned Parenthood, unlike my opponent.

My opponent, Michael Guest, is a pro-amnesty RINO who was one of only a handful of Republicans to vote FOR the January 6th Commission. He's been silent on the spread of Leftist social values throughout our country and has become a Swamp creature who perfectly embodies the term "Republican In Name Only." He's repeatedly voted to fund Planned Parenthood, and his habit of voting for multi-trillion dollar spending bills have earned him a dismal 67% rating in 2020 from the nation's leading fiscal conservative organization, The Club for Growth. His webpage is http://www.michaelguest.ms/ if you want to see proof for yourself of his refusal to produce any but the most generic, stale, and uninspiring political ideas.

Republican voters have sent "conservative" after "conservative" to Washington for years. Look at the evils taking place in our nation and ask yourself, what have Establishment politicians conserved? Republicans are likely to take back control of Congress in 2022. We cannot afford another crop of milquetoast and ineffective politicians to carry the banner of the Republican Party. We must demand authentic, strong America First leadership or GOP victories will be meaningless. On June 28th, it's going to be America First vs. The Swamp. Please join me in working to make our nation stronger and more prosperous for generations to come.

The American Family Association's team of conservative, Christian researchers at iVoterGuide.com analyzed my platform, my campaign, as well as Mr. Guest's record and platform, and determined that I am the only true Conservative in the race, as shown below: 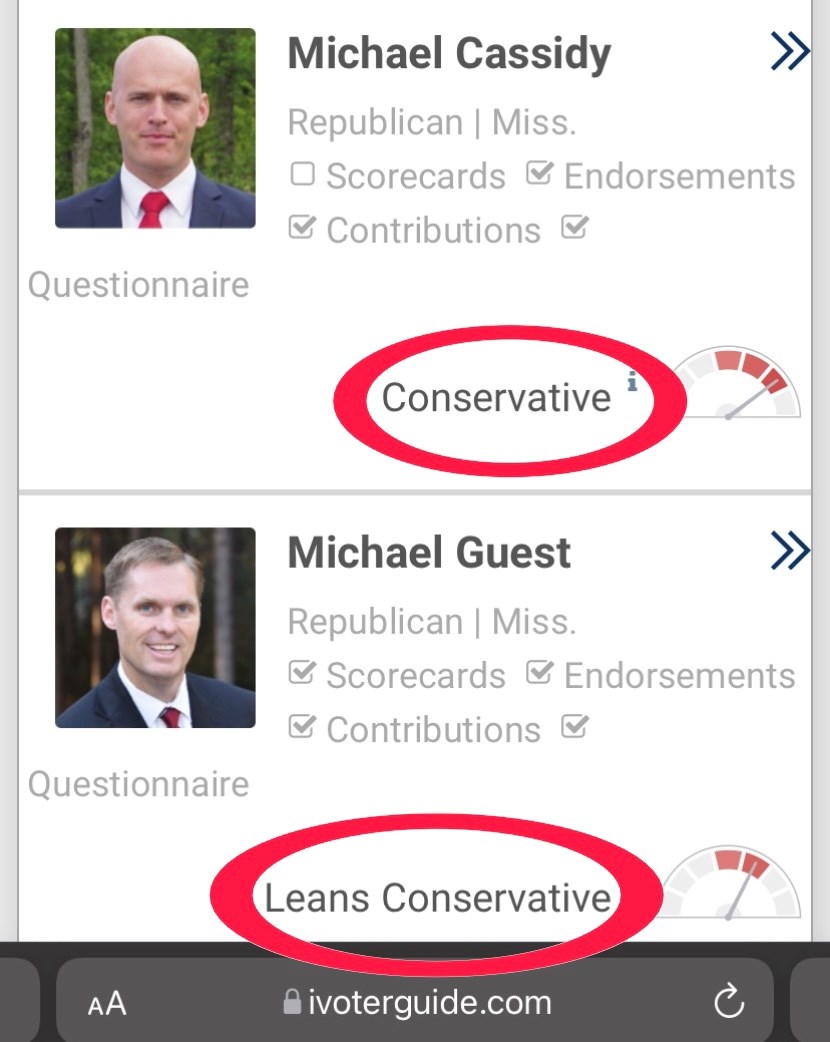 Sign Up for Updates
Thanks for signing up!
Paid for by the Committee to Elect Michael Cassidy
Powered by CampaignPartner.com - Political Websites
Close Menu
DONATE